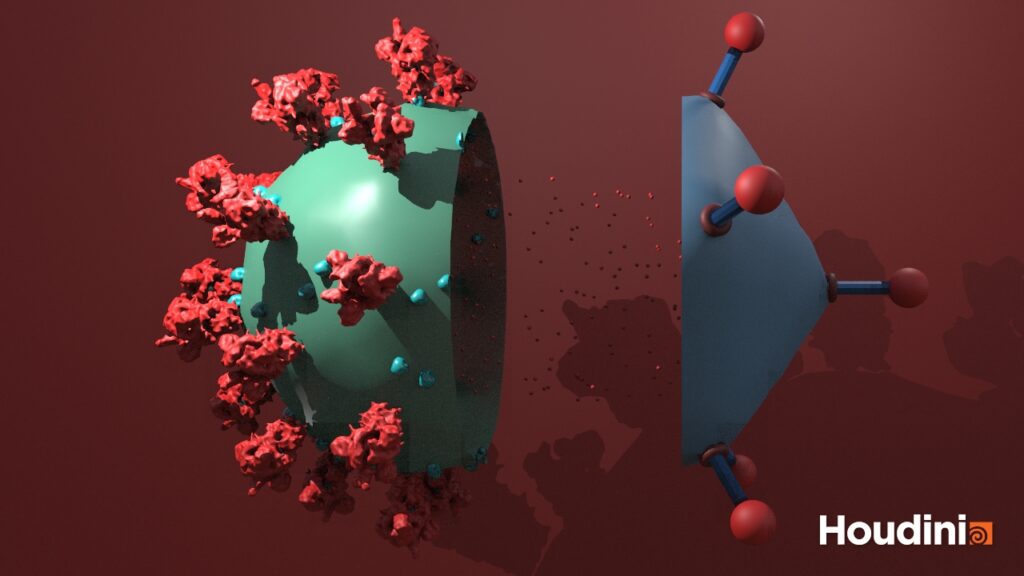 Harrison Wong is a student studying the course, Medical Visualisation and Human Anatomy (MSc) at Glasgow School of Art. He previously studied biological sciences with the focus on Immunology in the University of Edinburgh. Passionate in creating visuals, he honed his drawing skills during his undergraduate years. After finishing his undergraduate degree, he pursued the Medical Visualisation and Human Anatomy (MSc) with the interest to communicate the biological concepts to wider audiences through biological animations.

For his master’s project, he focused on developing 3D assets for the use of biological animations via procedural modelling techniques using a 3D modelling software called Houdini. More specifically, he intended to create a dengue virus asset which has the ability to generate dengue virus models at various stages of maturation. At the end, he presented two effective procedural approaches to create virus assets within Houdini. One of the approach is capable of generating simplified SARs-Cov-2 and adenoviruses models, as shown above.

The asset is characterised by the usage of an Houdini modelling operation, known as the “Copy-To-Point” node. It also uses protein structure files sourced from the Protein Structure Database. The asset is controlled by parameters. By controlling the paramenters, the asset is able to generate reiterations of viruses.