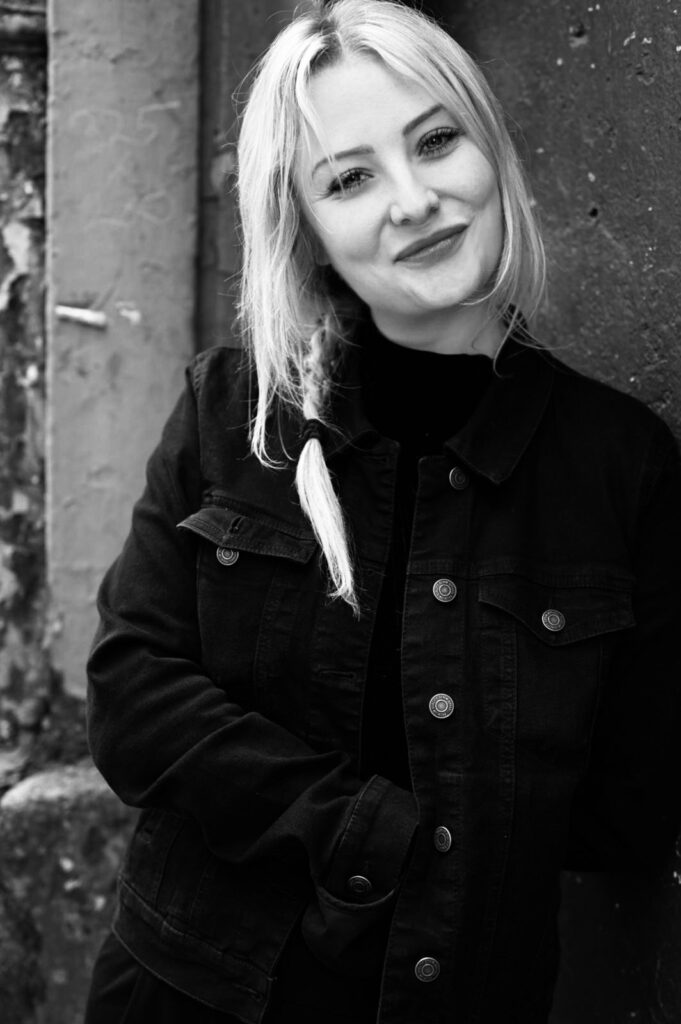 Rachael Ryder (b. 1994, Dublin) is a visual artist, curator, and researcher. Her practice is socially engaged, exploring personal and societal issues on material phenomena and the impact of art in communities within the parameters of representation, heritage preservation, and cultural identity. Rachael has worked on the curatorial team at the American Museum of Natural History, and was a public programme coordinator at Blue Medium – a public relations and communications company for the visual arts. She was 2016 awardee of the Firestation sculpture studio residency award, and was awarded the Create Grant Scheme in 2021 for her project Would You Like to Get to Know Me? Rachael holds a BFA in Sculpture and Visual Culture from the National College of Art and Design, Dublin (2016). She is currently completing an MLitt in Curatorial Practice from the Glasgow School of Art and the University of Glasgow.

Rachael’s uses sculpture, film, and public intervention to explore the relationship between society and art practitioners. Her research has recently investigated what strategies, if any, are used to produce work collaboratively with specific constituencies in the context of moving-image representation—her methodology anchors around self-reflexivity.

Rachael’s curatorial approach is centred around facilitating accessible engagement within communities, particularly those deprived of it. She often documents experiences such as workshops, performances, and interactive art, using moving image as a medium to foster these shared experiences. Rachael incorporates artist practice in her curation and often contains topics of societal, economic, and heritage issues in her work.

She takes influence from Belfast writer Maria Fusco who appraises that class is a lived experience; therefore lived experience is inherently part of your approach toward art. Rachael believes that each person must identify self-subjectivity in their method. She has also taken influence from filmmaker and theorist Trinh. T Minh Ha’s methodology of ‘Speaking nearby’ when making work with communities in the context of moving image. Rachael uses similar methodologies evident in Trinh. T’s method including reflexivity, non-binary thinking, and identifying an affinity within the community you wish to work.

This coming year she intends to expand on her research via moving-image and community-led interventions.

Would You Like to Get to Know Me? / Gestures

Would You Like to Get to Know Me? / Gestures

Would You Like to Get to Know Me? Is a community-engaged project curated by Rachael Ryder with Glasgow’s East-end community. The project has three elements; a film made with the Barras market community, film workshops with a local school, and hand-printed Irish Linen. The online screening event will exhibit the films of four artists (including Rachael) whose work depicts community members from local and nonlocal constituencies. Each film fosters a distinct approach, used by the artist to engage with and platform the voices of the people on camera. The relationships between artist and person vary from tender to professional but always reflect a familiarity. There is also an online reading and panel discussion featured in the showreel between Belfast writer and researcher Maria Fusco and staff members from Bluecoat Art Centre. Maria reads an extract from her essay A Belly of Irreversibles in which she describes her ‘working-class method’.

Gestures, 2021, is a collection of recorded moments by Rachael Ryder shared with the community of Glasgow’s East-end. The film documents exchanges of heritage stories, art, representation, and life; revisiting histories through an Irish-Scots lineage. Family, pride, and treasured inheritance are among the sentiments that are woven within this community.

In order of appearance

This Is Where The Spirits Tend To Hang Out – Ross Little 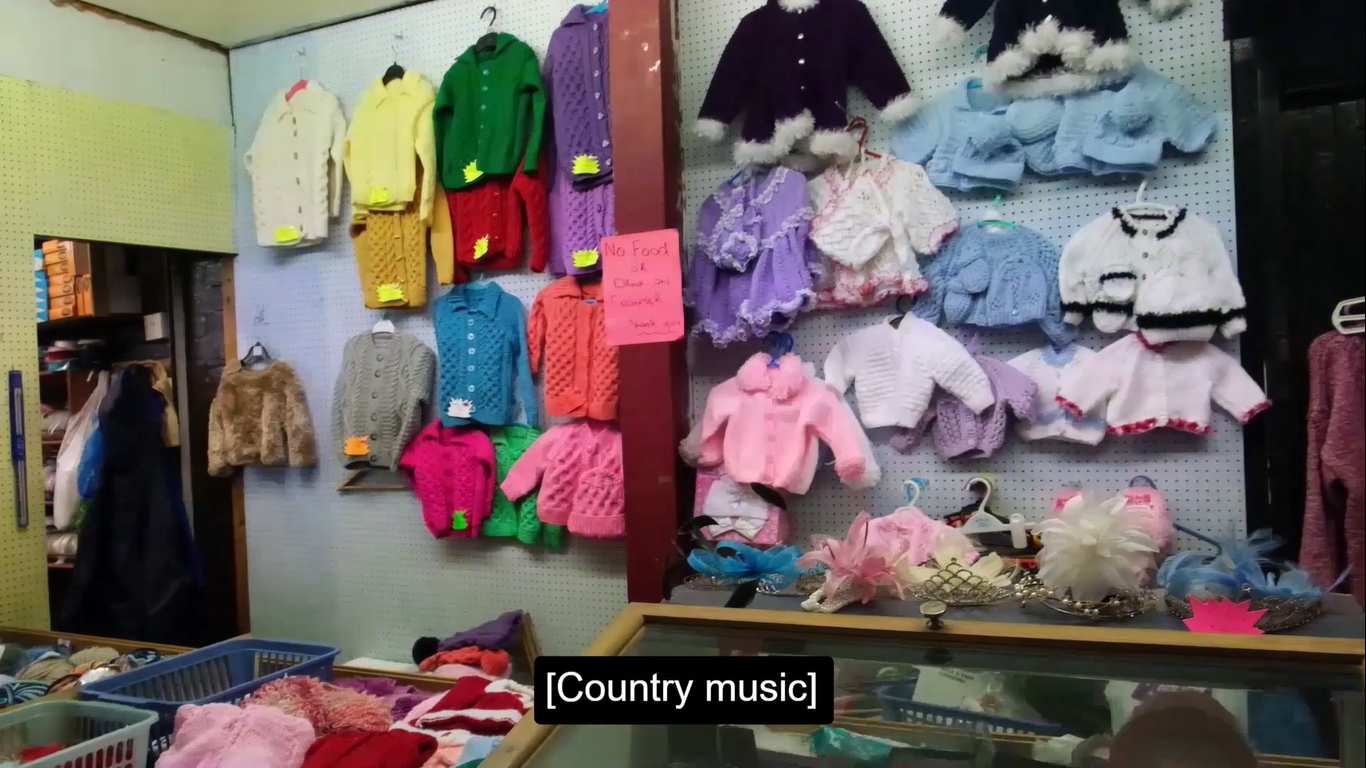 1 of 7
Previous Next
Close 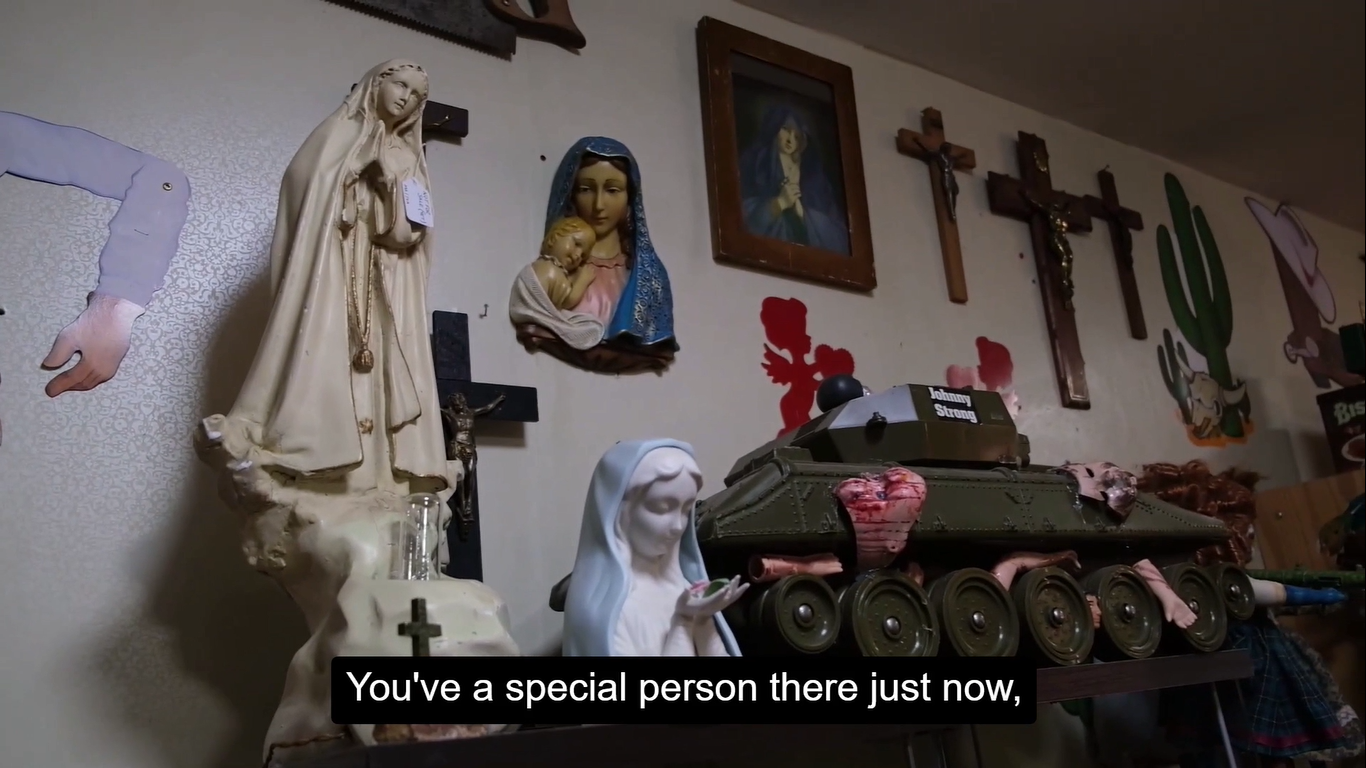 2 of 7
Previous Next
Close 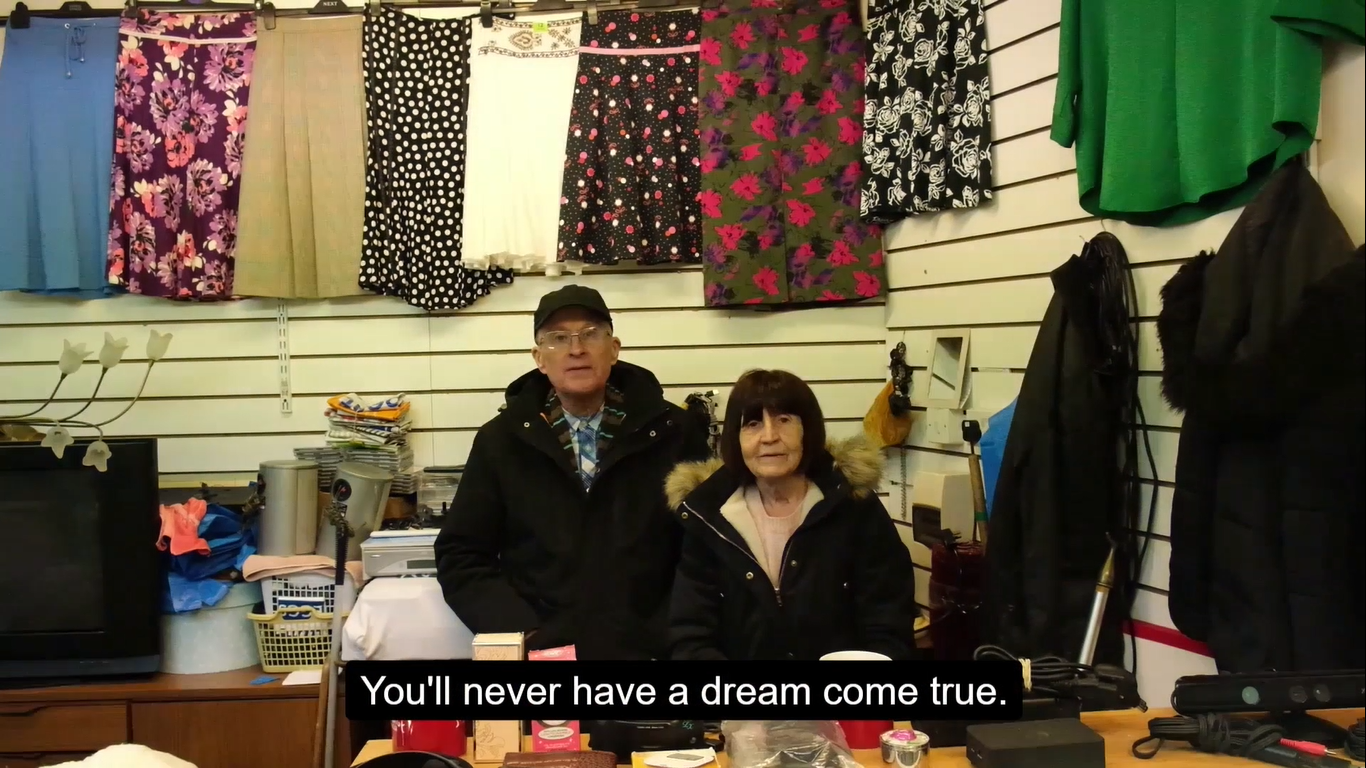 3 of 7
Previous Next
Close 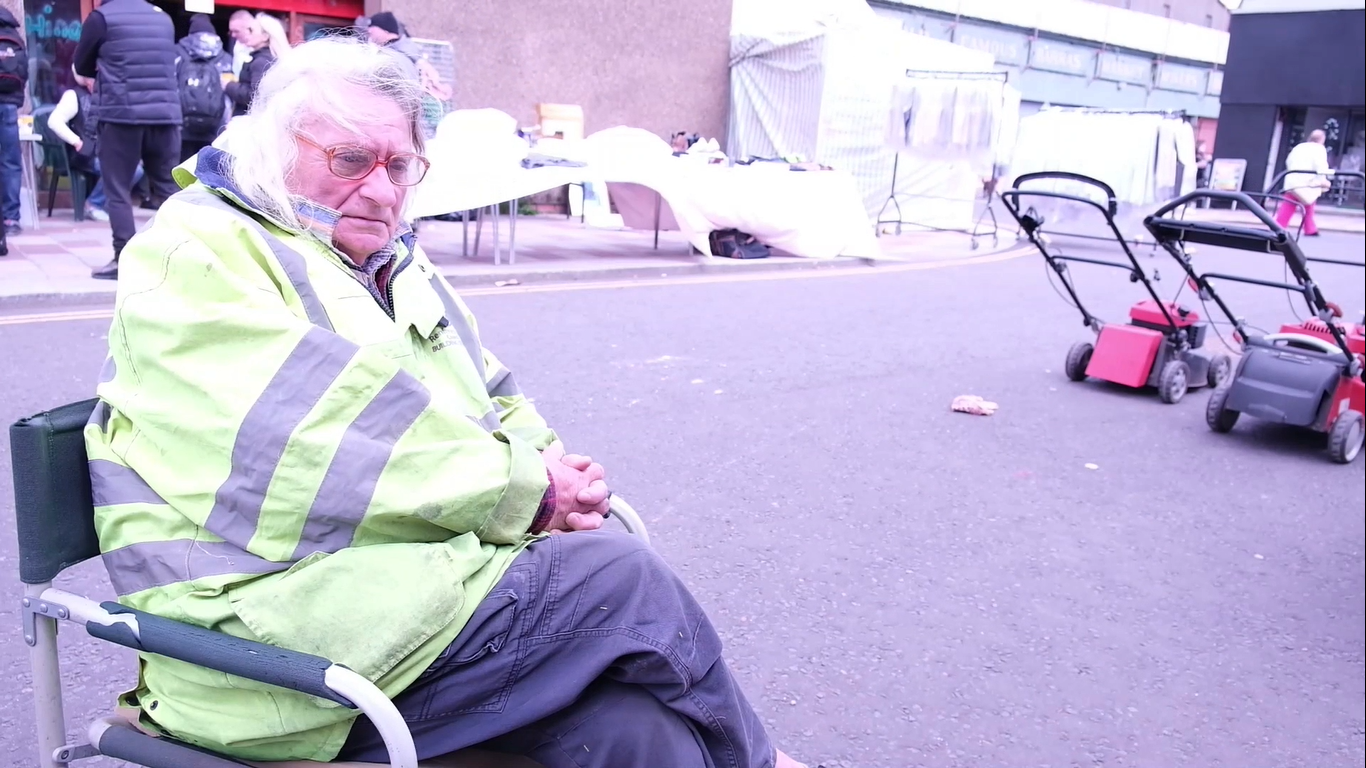 4 of 7
Previous Next
Close 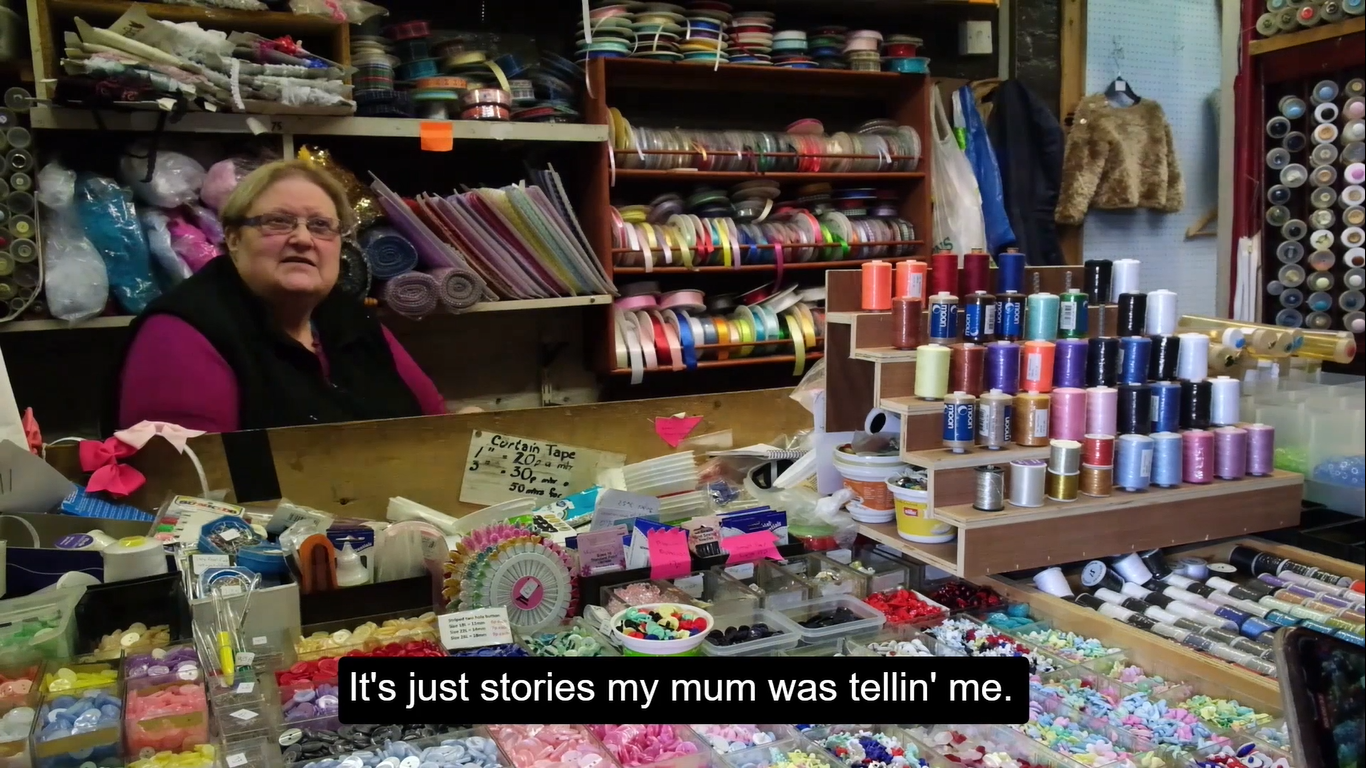 5 of 7
Previous Next
Close 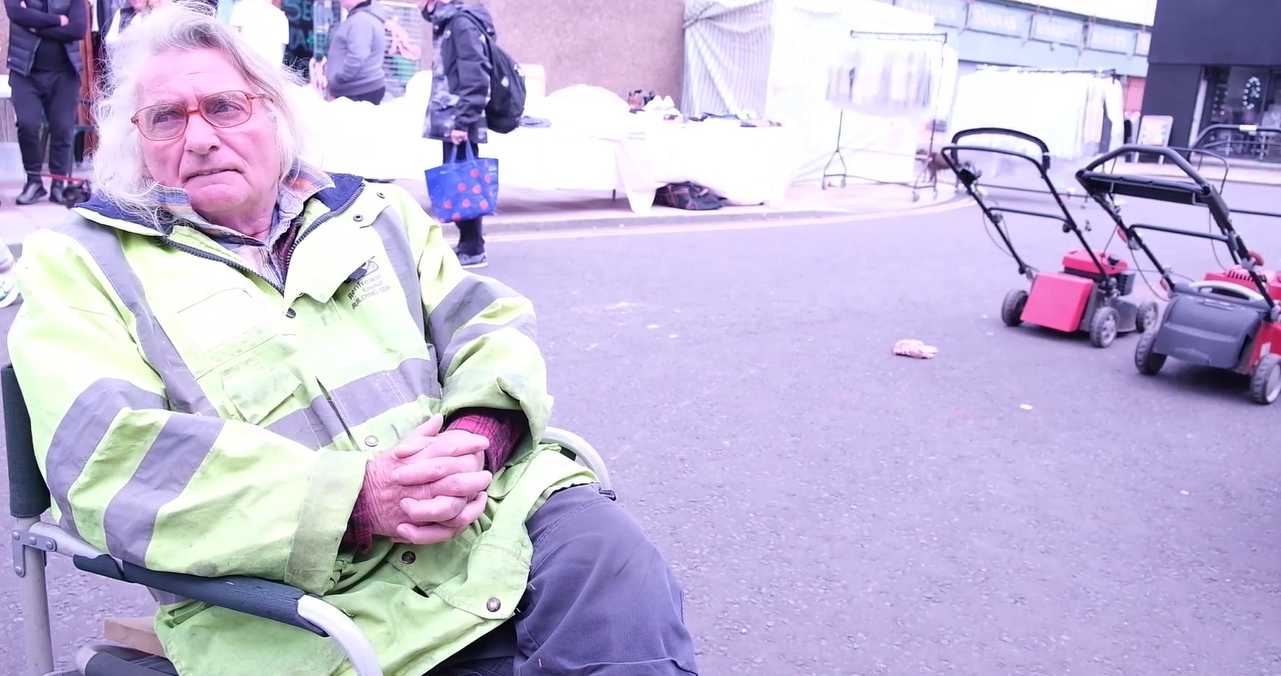 6 of 7
Previous Next
Close 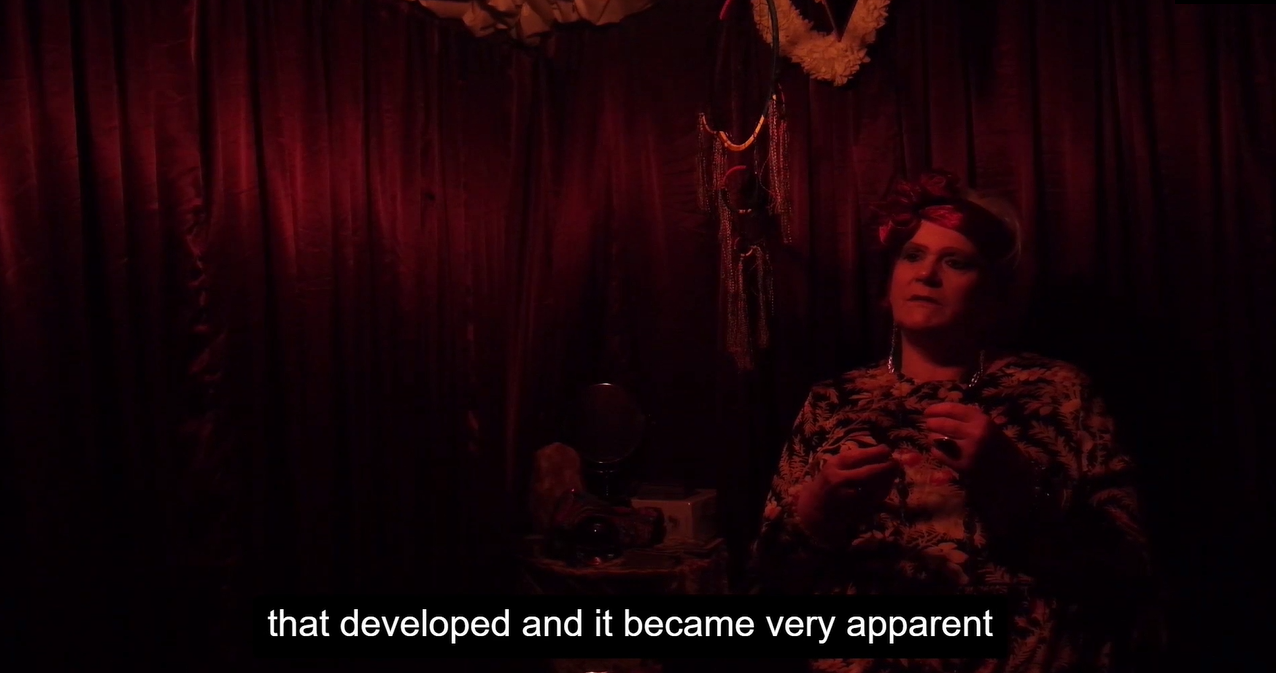 7 of 7
Previous Next
Close